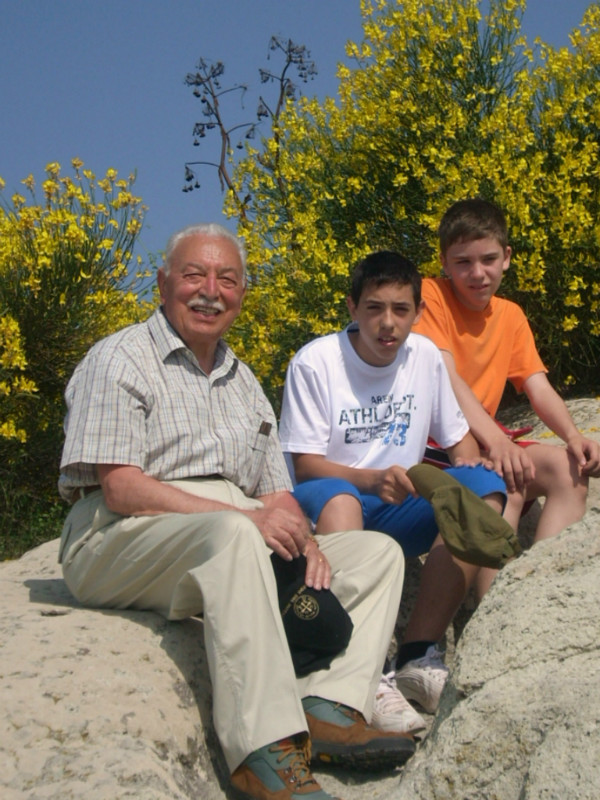 Notary Consalvo Giuratrabocchetti (in photo with his grandchildren Consalvo and Romeo), after have been lieutenant junior grade of the Army with  the task of instructor, at Ascoli Piceno’s Scuola Allievi Ufficiali, was appointed Notary in Rionero in Vulture and on 4th of June 1959 he begins his activity.

From the 1961 until 1962 he performs the position of Vice honorary Magistrate at Rionero in Vulture’s trial court in a hard period for the life of the town.

From 1964 on he performs more times the position of councilor of Melfi’s Notary Council.

On 1st December 1990 he was appointed President of the newly established Regional Committee of Potenza and Matera’s district.

From 16/11/91 until 9/6/98 he performs the position of President of Notary Council reunited in Potenza, Lagonegro e Melfi.

Since 1990 he performs the position of honorary president of “Casa di riposo Virgo Carmeli” in Rionero in Vulture.

He stops the activity (or better “they have retired him”, as he says!) in December 2003, distinguishing himself for an intense career both for the very elevated number of deeds and for the particular human contact realized with his clients of which he became, over the time, confessor and counselor.

He has, in retirement, performed the role of Cassa Nazionale del Notariato’s councilor for several years.